Where Does That Feeling of ‘Over Presence’ Sit Within the Sensory Spectrum? 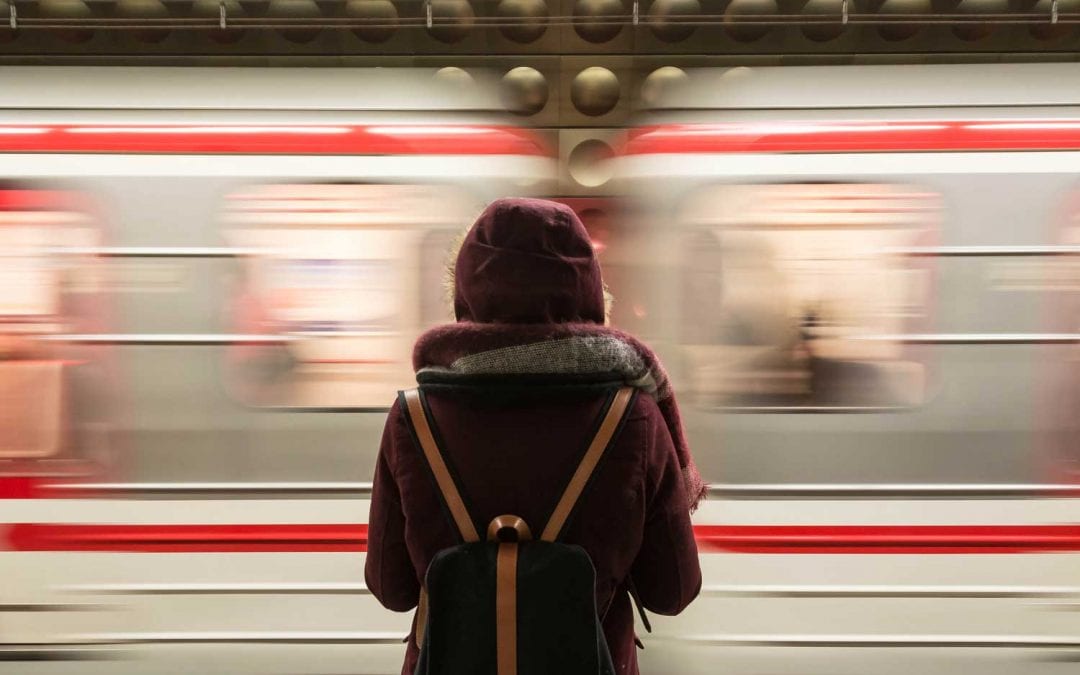 Have you ever experienced a feeling of overbearing?

Like someone in the room’s presence is overwhelming you… but you’re not quite sure why.

Everyone else around you seems unaffected but you feel an intense discomfort and an urge to get away.

We know that misophonia can have this impact on us (for sounds) and misokinesia (for movement).

But what about when there are no obvious triggers? No sounds, no movements, but you still get that feeling?

What does this mean? And is this even a thing?

I’m really interested to hear your own experience on this…

I find myself overly aware of my surroundings. Specifically other people’s presence. The noises they’re making, their movements, their behaviour, their proximity to me.

When I feel like someone has, what I call ‘over presence’, it sets off my misophonia. All the symptoms spring to life, the heart racing, the babble of thoughts, that intense feeling of frustration and/or fear and anger.

Only this time it isn’t misophonia exactly… the triggers are people, but they’re not sound related.

I’ve been searching high and low for a neurological term for this disorder but can’t find one, which is why I’ve coined the term ‘over presence’ for this article (if there is already a term for it and I’ve missed it, please let me know!)

It feels like an invisible membrane is being pushed and shoved. Like misophonia, this can trigger an overwhelming desire to get away

Most of us are aware if there’s a potentially unsavoury character lurking around, but this is different.

It’s not necessarily the obviously leery man who keeps staring… or the sketchy character eyeing up your personal belongings. While the sensation doesn’t feel a million miles apart, the context is different, less obvious.

It’s a sensitivity and awareness of individuals who’s presence somehow seems to impose itself beyond their own scope and into yours…. individuals whose auras almost seem to be overextending.

It’s as if their presence is not confined to their own bubble, or that of their social group, and spills out into your environment in a way which is physically uncomfortable. Yet to everyday eyes they are simply standing or sitting there. It’s a kind of invisible overspill.

I’m not suggesting for a moment this is a spiritual phenomenon or reflects any kind psychic ability – I think the possible causes are a lot more explainable.

Before we get into that, let me give a couple of examples.

If this is something that you suffer from too, hopefully this will make things clearer.

Example 1: You’re walking down the street and you suddenly sense a stranger’s presence as being overly invasive – so much so that you feel an urge, even a need, to move away. It’s as if you have an invisible forcefield around you and this person is testing it.

They may be a similar distance away from you as other strangers have been that day, but their presence feels like it’s physically pushing against you. Any other people you may be with at the time are oblivious, but you feel a strong need to either let them overtake you or to cross the street.

Example 2: You’re sitting on a train and become utterly fixated (in a misophonia like way) on an individual who’s presence feels overbearing.

It is as if their being, in this moment, is somehow exaggerated – almost screaming “look at me” – and yet they are just sitting there, not staring at you… or doing anything obviously out of the ordinary.

In this instance it can elicit a sense of panic (as in the first example) or, if no threat is perceived, an intense annoyance and frustration. Almost a feeling of “why are you being so attention seeking?” even though rationally you know they are not doing anything abnormal.

In both scenarios it feels as if they are blasting through an invisible privacy geofence. And in both these scenarios you are triggered but others seem unaffected.

In my case I seem to particularly pick up on other people’s nervous energy or anxiety. It feels like it’s amplified many times over. It has, on occasion, caused me to ask complete strangers if they’re ok.

Is this ‘a thing’ – and if so what could cause it?

My own sense (and again, please bear in mind that I’m not a neuroscientist and that these are just musings) is that this sensory sensitivity could occur if certain very subtle, almost invisible, non-conscious cues are being picked up. Cues that wouldn’t necessarily be observed or noticed by others.

If so, it would bear similarities with misophonia. While the majority of non-misophones wouldn’t register someone chewing gum on public transport, they could acknowledge it if you specifically pointed it out to them. By contrast, a misophone would be so hyperaware of the gum chewing as to be in agony.

In the case of ‘over presence’, if this theory stands, we might be picking up almost imperceptible micro behaviours and/or physiological changes in others and that this somehow triggers us.

For example it could be a slightly irregular gait… certain pheromones given off by the individual… even a perception of their stress levels (facial flushing, their heartbeat).

If so, you could say that such a sensitivity, while exhausting and frustrating at times, could prove useful in certain situations.

For example it may alert us to individuals in need… and also help warn us off edgy, unpredictable characters and keep us safe.

Of course the explanation may well be a lot simpler than this. Maybe the ’triggers’ themselves are red herrings. Perhaps the sensory information being received is confused – either in the way it’s received, or the way it’s interpreted by the brain.

If the latter is true, then rather than having a heightened sensitivity to ‘useful’ data in our environment (for example sensing that a person may need our help… or may wish to do us harm) our brains have a heightened reactivity to irrelevant information. It’s then a case of mis-wiring and that our radar is off.

I think it’s also important to consider how far such a phenomenon could cross over into misokinesia territory.

Misokinesia – as we know it- – largely refers to visual triggers (hand movements, face touching etc) but should it also cover other elements, such as proximity and other less obvious visual triggers?

Or perhaps this is something that only I’ve experienced.

I realise this is a shallow dive into a deep and multifaceted topic but I think it’s important to air this in case there does need to be further debate on this topic.

Have you experienced this feeling of ‘over presence’ too? Is this something that’s unique to me, unique to a percentage of us or a common theme for misophones?

I would be fascinated to hear your thoughts.